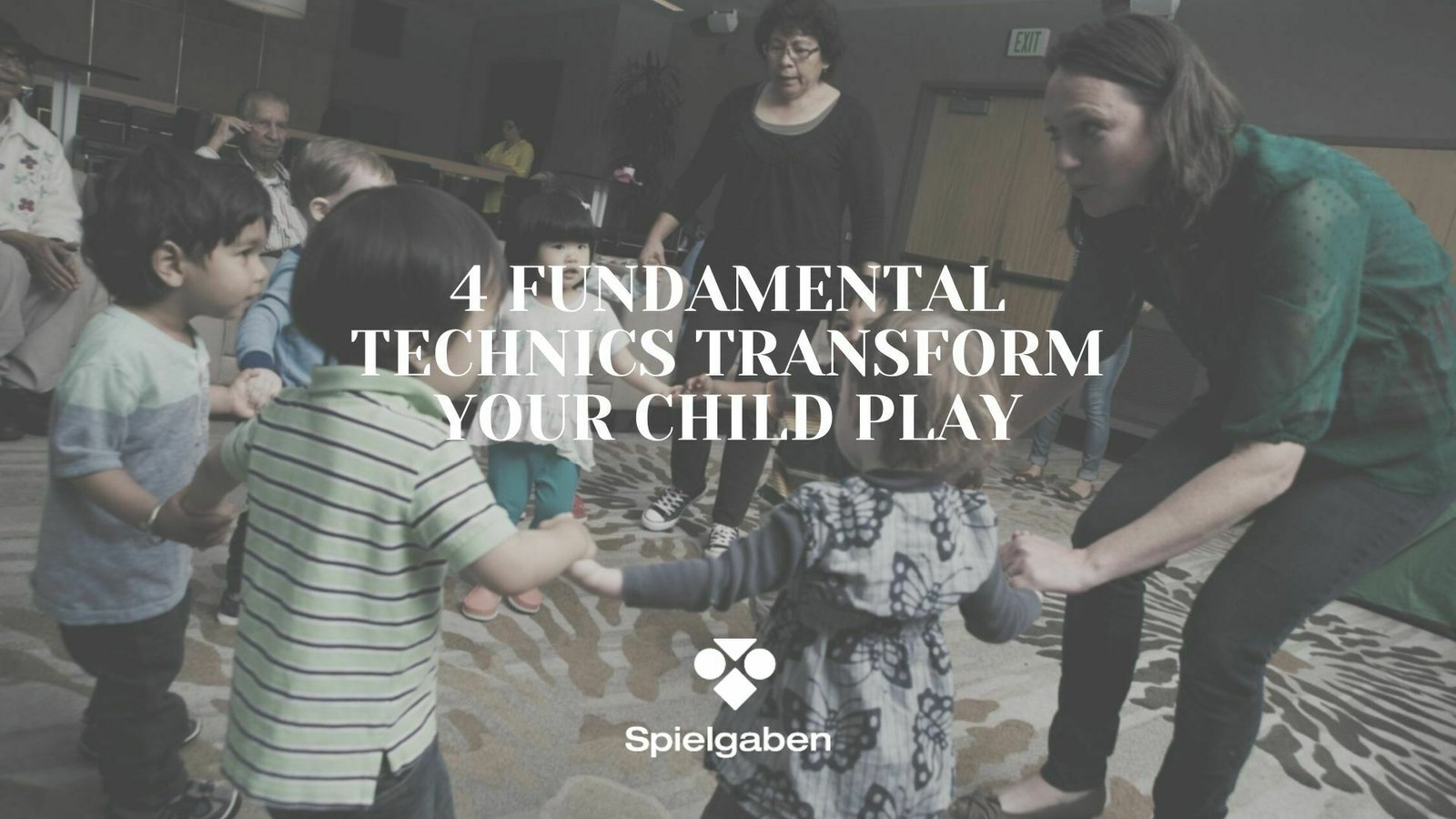 The emphasis in modern preschools has changed to meet these concerns of parents, and programs are becoming more academically oriented which caused the decline of Socialization and Free & Facilitated Play which are critical for child’s well-being and further growth.

The Decline of Socialization

What used to be two or three hours of socialization every day is now becoming just small part of day programs during recess time where the goal of academic success has overridden the longer-standing tradition of developing social skills. And, many schools are eliminating recess time to make more time for academics.

Some preschools are using worksheets to go over pre-math and pre-reading, and they are allocating more and more time on covering the direct teaching of academic skills and children sit quietly and listen to a lesson about phonics or about particular academic subjects such as math and science.

Parents told, “My preschooler is expected to be reading! He is told to read and write short stories as well as draw pictures in preschool.”

The problem is that many preschoolers don’t have the capacity to sit and listen. Instead they want to be engaged in a more active way. Worse, while they are sitting still, they are suffering the consequences of not playing.  David Elkind, professor emeritus in the Eliot-Pearson Department of Child Development at Tufts University, notes in his 2007 book, “The Power of Play”, that these changes in the structure and content of preschools are contributing to the suppression of children’s curiosity, imagination, and fantasy.

While many parents and teachers believe that direct teaching is the core-set route to academic talent, current and past research has shown that peer connections through social engagement during a free play setting can be quantified as one of the best methods for achieving success in elementary school, with results lasting as long as the third grade.

Countless studies have shown that worksheets, formal lessons, and other methods of direct teaching are not necessarily the best path to academic achievement. Instead, researchers have proven over and over again that young children need outside time, free hands-on play, and unstructured social activities during their day in order to learn academic skills.

The value of Free Play

A 1999 study from the National Association for the Education of Young Children found that preschoolers can acquire complex mathematical concepts and applications when learning hands-on material incorporated into free play. Similar studies of early academic skills found that when literacy and reading is incorporated into imaginative play with some adult help, children learn faster than if they are taught directly at a desk or in circle time.

In one Yale study on play, researchers Dorothy G. Singer, Jerome Singer, Sharon Plaskon, and Amanda Schweder found that “play has been shown to foster an impressive array of skills that are necessary for school success.” Imaginative play is directly linked to these skills among others:

Free play and recess time give children important access to practice relating to peers, retelling their ideas, and applying logical reasoning, all necessary components for later academic success. At the same time, they are learning to make emotional adjustments to situations with other children and fining shared interests, which leads to creating a sense of community.

The Best Play & Learning Experience for Preschooler is Facilitated Play

Not all free play opportunities are created equal. At school, teachers stand back and observe preschoolers during free play instead of engaging with them.

At home, parents often observe their children playing with others at the local park playground and assume that they are engaged. They watch them follow other children going up a slide and feel that they are having fun.

They may believe that they are watching children interact with others if they are playing near peers and having conversations.

In reality, these young preschoolers are in parallel play. They may be next to each other, but they are nevertheless playing alone.

Unless the parent or teacher is actively engaged in the experience, the child is getting only half the benefits. Without adult input during play, children are not getting the help they need to advance, because they don’t have the skills to engage in negotiation or develop complete ideas with other children. The truth is that preschoolers need help with social engagement with other preschoolers.

This help is called language facilitation. During play, parents or caregivers can help a child notice what a peer is doing, or help create a story about their play. Parents can monitor that their child is not only playing near peers but playing with them: interacting and progress towards a real conversation.

How To Facilitate Free Play

All play doesn’t happen naturally. Children need to learn to engage in play that is productive and a happy event for everyone involved.

This means that children benefit when an adult, whether a teacher or a parent, assists during play interactions. Sue Brendekamp, director of research at the Council on Professional Recognition in Washington, D.C., reports that if a teacher is frequently involved in “free play” as a supporter in children’s play by guiding, demonstrating, and elaborating on language in one-to-one conversations, children will not get stuck in immature, repetitive play.

This is crucial for developing language skills, and interactions with other children. Children who are engaged in free play together are better able to see the perspective of others.

Research has found consistent links between free play during preschool and long-term language growth in the classrooms. Preschoolers with these skills will be better prepared for school and achieve greater academic success in the elementary school years with a higher vocabulary and more social competence.

Parent or caregiver can take on many roles during facilitated play: Observer, Manager, or Coplayer. The Observer determines when to intervene, the Manager provides play themes and organizes the sequence of play, and the Coplayer involves herself in the play, build up the vocabulary & language, and helps the children extend the play.

At the same time, the parent has to be careful not to take over the child’s play or the child may resist. Parents or caregivers need to be discrete, becoming one of the peers, and join their children in play so the instruction is not direct but subtle. You will be suggesting language or themes, helping them make the connections themselves. Then as the children be in to connect, you will need to fade back and let them learn from each other.

Try to incorporate facilitated play during every day’s play. By doing so, your child will achieve a higher set of complex language skills, along with ability to understand concepts and organize their thoughts into a logical sequence.  Each of these goals will contribute to later academic achievement, as well as emotional intelligence, and self-confidence.

Each of the following techniques will help ensure that your child gets the most out of her interactions with you and the environment. The key is that all of these strategies involve you; your child cannot become an advanced, successful child alone.  Please remember, it’s not just the content of the dialogues that makes for a successful child, but how you deliver your role in each of these interactions.

Tip #1: Give Compliments as often as you can.

Preschoolers usually respond positively to praise, regardless it comes from an adult or a peer. They are excited to receive a compliment about what they made or are constructing.

When parent or peer complimented your child on his “cool” castle, your child will respond with a smile, and his face will be beaming with pride.

More important, positive words from parent or peer encourage your child to keep building and to keep describing his project. The praise keeps him loose and talk more because he know he is proved to be doing a great job, and he is being rewarded by parent or peer’s praise and attention.

Tip #2: Repeat the Stories with the Same Words and Emotion Over and Over.

The parent’s rephrasing doesn’t have to be exact, but the parent must use the identical voice pattern, gesture, and body language that accompanied the child’s explanation. This sensitive and emotional mirroring response to a child’s story is another form of praise to your child and showing that you agree with what is being said and it is meaningful.

As the child hears more and more of the parent’s rephrasing of his language and feels the parent or caregiver’s response, he’ll gain confidence and want to engage not only caregivers but be more with his peers. You’re making a connection with your child, and he will want to make this same kind of sensitive connection with others.

Children love to imitate voice patterns, which is why it is so important to model an appropriate loudness, pitch, and rhythm of speaking. Use a clear voice that is not too fast or too loud but steady. When a child uses the right pattern and tone of voice and volume, he will be heard by his peers and other adults. A child who can talk clearly will be viewed as kind, caring, and will be perceived as more advanced than the child who does not possess this skill.

Tip #4: Speak from Your Heart

Children respond directly to honest social affect. They will pick up on the anger, disappoint, frustration, or excitement in a parent’s tone, facial expressions, and body language.

What’s more, they will use it in their own conversations with peers. Hence, when you are speaking with your child, respond with genuine affect, tone, and body language.

If you respond with insincere affect that seems to be too theatrical, you will be rejected by your child or his peers. Children are very attuned and when they receive a genuine emotional response from an adult or a peer, they are moved and will respond with real emotion. This is what induce a child to use reciprocal engagement and become socially engaged. He believes that you are really hearing and seeing how he feels and he will also apply to his peers as he learned from parent or caregivers.

If you practice above 4 fundamental techniques during your child’s facilitated play, it will help your child gets the most out of her interactions with you and his peers.