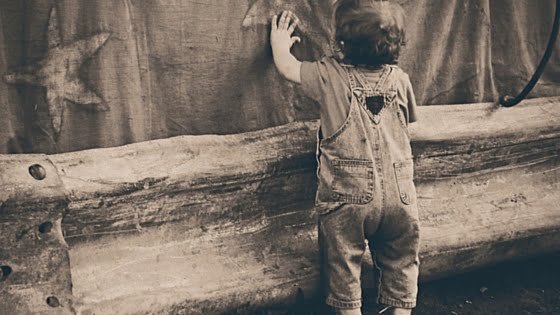 How Open-Ended Play helps Kids with ADHD and Autism

By SpielgabenAugust 20, 2015Parenting, Play Based Learning
No Comments

Although ADHD and autism are two completely different neurological disorders, you’ll be surprised at how open-ended play can really help these kids. Before we take a look at how this can help, let’s first delve a little bit into what open-ended play is.

What is Open-Ended Play?

Open-ended play allows children to express themselves, play freely, creatively and use their imaginations without limitations or rules associated to the play. It is an unstructured form of play where kids can explore and manipulate objects around them. There are heaps of possibilities when it comes to open-ended play like blocks and loose parts that need to be put together and allow those imaginations to soar. There are no rules, no expectations, no real problems to solve and no pressure involved here. This is why open-ended play is so good for kids with ADHD and autism.

But besides that, their imaginations are heightened, they can think symbolically and abstractly which builds creativity and intelligence. Open-ended play also allows kids with ADHD and autism to play with the “what-if” possibilities which help them to understand the world around them and consequences to their actions. They learn empathy, cooperation, problem solving and leadership skills through this type of play, even in the most severe cases of ADHD and autism. Their cognitive skills improve like their memory, cognitive flexibility and self-regulation, which is the ability to control emotions, behaviour, resist impulses and exert self-control and discipline. These are extremely important skills for kids with ADHD and autism.

If you look at the opposite end of the scale, closed-ended play means activities that need to provide an outcome, a right answer and there are restrictions on differences between different kids. Kids need to work within the confines of what is expected of them, and they need to make sure that they get the ‘answers’ so to speak right. This can challenge kids with ADHD and autism way too much, with the possibility of them switching off and disengaging from activities.

When it comes to play objects it’s important to make sure that you get a balance of play materials to make children’s play more exciting. Give them a number of different play opportunities with a mixture of all different shapes, sizes and textures, to help them learn in a fun way, without them even realising it. The Spielgaben set provides plenty of manipulatives, which helps to build math skills, cognitive skills, working with letters, as well as introducing your child to the exciting world of Science, Social Studies, Geography and music too. All of this is done in an open-ended play environment. It allows your kids to play and explore at their own pace and manipulate objects to their heart’s content.

Some recent studies have shown that children identified as ADHD showed more creative, spontaneous talk than the so called normals (Zentall 1988) and showed that in their “private speech” they showed the capacity to organise thinking that was task relevant (Berk and Landau, 1993).

ADHD is a somewhat misleading name for an intriguing kind of mind. ADHD is not so much a disorder but more like a collection of characteristics. Some are positive and some are negative, they define their way of being.

ADHD can lead to some bad outcomes, only because these kids display impulsive behaviour and seek stimulating activities all the time. Even though there can be some bad outcomes, ADHD kids are creative, bright, intuitive and persistent. All great traits when it comes to open-ended play which will give them the guidance they need and crave. Think about it like this, ADHD is like having the brain of a Lamborghini, but there are bicycle brakes that are attached. Pretty hard to deal with if you think about it. Once those brakes are strengthened then the race is ready to be won, and the way to strengthen those brakes is to really get your child involved in open-ended play that has meaning and the ability to learn important skills.

You can help your ADHD child learn these important skills, by actually teaching them how to play. Don’t think that they will just automatically learn how to play, and in the world we live in today, not many kids are learning to play at all. When kids know how to play, they are happier all-round. As we’ve said before, make sure that these kids get unstructured and open-ended play opportunities, as this is the way they will learn many important life skills. This can help them to discover their talents and use their brains to the best of their ability. When they find out they’re good at something, trust us when we say that they’ll want to do it over and over again. Remember practice and discipline build bridges between play and mastery. Find a place to set up all sorts of manipulative toys and they’ll be there all the time, wanting to master skills and find talents they never knew they had.

Once they’ve learnt that art of mastering something, they turn from reluctant and fearful learners to self-motivated individuals. Giving them the freedom to master skills is critical for the development of an ADHD child.

Another great tip is to be their partner in play…we’re not talking about directing their activities, but providing them with the tools to master those skills. Show them the interesting materials, explore them with your own hands and see how they feel. Manipulate them and play with them a bit so that they’ve got something to pull from, but make sure to leave directions outside the door. It is your child’s playtime.

We’d like to leave you with one thought on open-ended playtime for kids with ADHD. If they are involved in a myriad of structured activities, they will feel under pressure to perform and achieve. This can take its toll on us as parents, so imagine what it can do to your child. It can affect a child with ADHD more intensely. They have a strong need for that open-ended play which gives them a much needed break, while still teaching them at the same time. If they’re involved in heaps of structured time, then you can expect them to be restless and disruptive. Clearly that’s one trait that you don’t want shining through. Limit structured activities for more open-ended play activities and bring out the best in them.

Autism, or a child on the Autism Spectrum is very different to an ADHD child, and their play is developed in different ways. Some of the ways that their play develops is through exploratory and manipulative play

However, their play is transferred into what they understand. They might use toys or props in a very inflexible way. Play is often repetitive, as they struggle to understand how to use them properly.

The play however that really does interest children with autism is looking at books, completing puzzles, using fine motor manipulatives as well as playing physical games.

A way to teach your child with autism to play is to imitate what they’re doing with the toy. Take it, comment on it and wait for them to reach for it. Use toys like manipulatives, which are structured in compartments or organised in different drawers for more open-ended play opportunities, and more manipulatives to pull from. Interact with the toys at eye level so they can look between you and the toy.

There was a study done by Lorna Wing where she found that children with autism have a ‘lack of imagination.’ However, since then, it turns out that what would have possibly been more accurate was a ‘lack of social imagination.’ After the study was published, she mentioned in an  interview with Adam Feinstein that “Autistic children do have imagination, but it is not social.” To be clear about what we mean, we are talking about the concept that autistic people have difficulty in imagining or recognising other people’s perspectives and showing empathy; they can’t really understand how other people might be feeling. Obviously these kids have social challenges, but we need to be very clear in the fact that the study does not refer to imagination, it is just social imagination. However, by the time the interview was published in 2010, they myth that autistic kids have no imagination had already taken hold in the eyes of the general public as well as the treatment plans for autistic kids.

They work best when they can create their own structures that are new and unusual, even if you don’t immediately recognise what it is, but this is the way they learn. Praise their new innovations and creativity. Ironically, the children that we provide the most structure for, as in autistic kids, are the very ones that can learn the most from open-ended play.

A lot of autistic kids do really well when they’re given hands-on and visual activities, like sorting objects by colour or type, completing a puzzle or constructing something. This just goes to show that open-ended play really works for them. This also encourages them to remain calm. However, if they become frustrated with a certain task, pull out something else. This will give them a break from the task at hand.

If you want to prepare your autistic child for play, as we’ve said use toy manipulation in either one or two steps. This will teach them how to use objects and play with them functionally.

How can you teach them to manipulate toys? First let them copy one action, like putting a single puzzle piece in an inset puzzle, putting a peg into a peg board, placing a shape in a shape sorter or rolling something. Always remember to use positive reinforcement. Provide prompts at first, and then start to limit them, so they start to engage in the activities independently. Remember to keep it simple and choose toys that are relevant to their age group.

Keep the playtime short at first, and gradually increase it as they become more motivated. Always end on a positive note, so they look forward to the next activity.

You will notice a huge improvement when using open-ended play with autistic kids; it’s just about keeping it simple, age appropriate and fun for them. Watch them blossom.

On a Final Note

We live in a world now where kids are increasingly put under tremendous pressure, including ADHD and autistic kids, as structured activities take up most of their days and their weeks and their months. We cannot impress strongly enough how important open-ended play is for these kids to help them shine and help them develop at their own pace. The benefits are immense.

The Spielgaben play set will be one of the best investments you could ever make to help your child with either ADHD or autism. The high quality set is filled to the brim with different types of manipulatives, including wooden blocks, rods, different shapes, pegs, different materials to manipulate and so much more. It is also appropriate for kids aged anywhere between 3 and 12 years, so it can grow with your kids. You can watch on in wonder as your child learns to play and develop emotionally and socially and be swept into a world of fun learning and excitement.