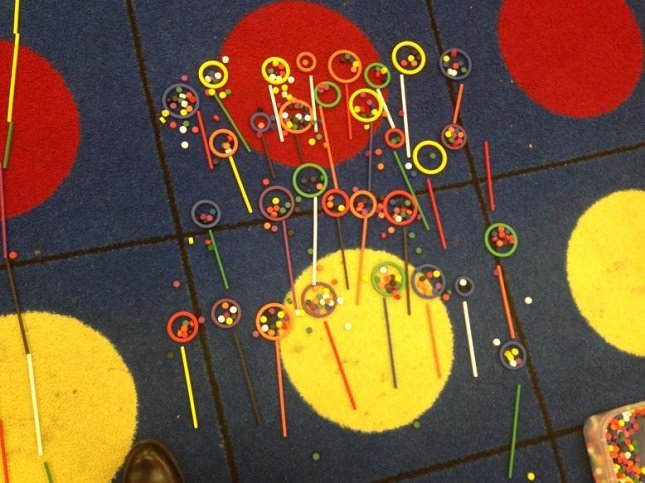 The Common Core State Standards-Where does play fit in?

By SpielgabenDecember 11, 2013November 22nd, 2015Learning, Play Based Learning
One Comment

The Common Core State Standards take a different approach than many schools may be used to, most especially when it comes to math. Traditionally, math has been taught as a series of rules and formulas. Instead of rote memorization, math in the age of the Common Core (CCSS) is all about understanding, connecting, applying and explaining. The goal of the CCSS math standards is to create students who possess a true number sense, and can solve problems using a variety of strategies.

A shift for both teachers and students occurs when students are asked to explain their reasoning to show how they got a solution. Instead of just asking for an answer, math in the CCSS era asks students to rationalize their thinking by providing a written explanation, a diagram, drawing or some other sort of visual representation to explain their thought process. For young students drawing pictures or demonstrating with manipulatives is a powerful way for them to explain their thinking to others.

Each grade level has standards which build upon those covered in previous grades, beginning with Kindergarten. In kindergarten there are several standards, but it is suggested that the majority of time be spent covering two critical areas. The first main goal in kindergarten is representing and comparing whole numbers, initially with sets of objects. The second main goal is describing shapes and space. There are other standards involving things like measurement and algebraic thinking, but again the majority of time is best spent in the two previously mentioned areas.

The standards for geometry for kindergarten:

These standards can be approached from a variety of methods, but this strand truly lends itself to play based learning through exploration. Using a set of toys or manipulatives like the Spielgaben is the perfect avenue for allowing children to truly learn about attributes of different two and three dimensional shapes as well as the relationships between them.

You can see from the pictures above how students have used the Spielgaben to explore just the types of items that are covered by the CCSS. Children truly develop a sense of geometric and spatial reasoning by using hands-on manipulatives and are highly motivated by this type of investigation.

The Spielgaben and other types of materials are the perfect avenue for covering some of the standards for geometry, and can be used into first and second grade as well for further exploration of geometric relationships.